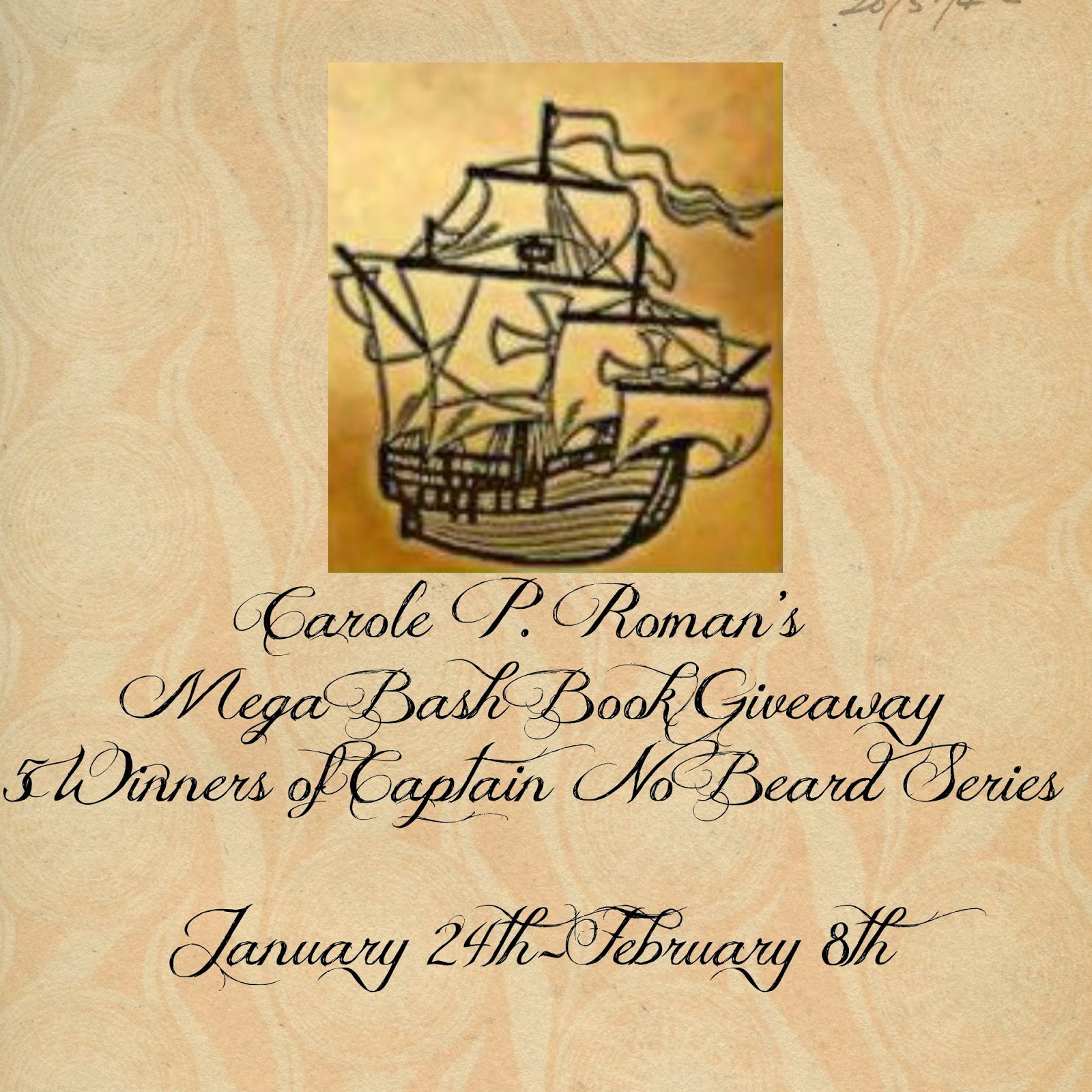 Award winning author, Carole P. Roman is having a Mega Book Giveaway. She loves to write children's books and loves that children imagine the way they do. Her Captain No Beard Series of books was born out of the imagination of play time with her grandchildren and a dare from her own son to write a book.

Carole P. Roman is wanting your children to have a chance to sail along with Captain No Beard and his crew. She is doing this by having not one but five winners for this mega giveaway.

Hurry and enter below today before this giveaway sails away to the high seas! About Carole P. Roman:
Award winning author Carole P. Roman is a former teacher turned businesswoman. She has successfully run a family business with her husband that employs close to five hundred people. Her most favorite job is being grandmother to her many grandchildren. Roman has two wonderful sons and hit the jackpot in the daughter-in-law department. She currently lives on Long Island with her husband.Her first book, Captain No Beard - An Imaginary Tale of a Pirate's Life has been named to Kirkus Reviews' Best of 2012 as well garnered the star of remarkable merit. It was named in the Pinnacle Award for Best in Children's Fiction 2012. Captain No Beard has developed in a series of 6 more books. She is the author of the best selling book, I Want To Do Yoga Too. Currently, she is working on her educational series that explores different cultures from a child's point of view. If You Were Me and Lived in...Mexico, received the Pinnacle Award for Best in Children's non-fiction 2012. If You Were Me and Lived in...Kenya received 5 Stars from the ForeWord Clarion Review. She just completed Russia with the help of her five year old grandson and loved every minute of it.


Disclosure: There will be 5 winners for this paperback set of books.
This giveaway is arranged by Away We Go Media on behalf of Carole P. Roman who is responsible for the giveaway.
All 5 winners will be selected at random by Rafflecopter.
The giveaway is open to US & Canada. It begins on Jan. 24 at 12AM MST through Feb. 8th at 12AM MST.
This giveaway is in no way affiliated with Facebook, Twitter, Pinterest or any other social media outlet.


a Rafflecopter giveaway
Posted by Michelle aka Naila Moon at 2:00 AM