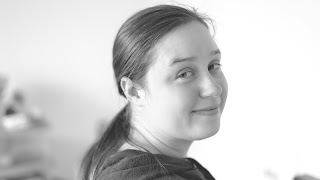 I’ve certainly always been a creator, characters and stories have spilled from my imagination for as long as I can remember. I think I always wanted to write about them but I wasn’t confident about sharing them for most of my life. The people in my head are my treasures and friends, almost like children, it was a scary prospect to think that they could be rejected by others. I knew they were amazing, but it was my skill in portraying them that I doubted, but they kept pushing until they got their own way!

It will always be fantasy. It’s part of who I am. I don’t really read much outside of it and when I do, it usually has fantasy elements. I’m totally absorbed by magic, incredible creatures and awesome powers, it just puts a new spin on everything that happens within a story. Even more important than that is the way that the worlds and characters in fantasy settings always seem to have more depth- the stakes are higher and the personalities are bigger. Why read something realistic when you can have so much more?

Of my own creation, it has to be Asher Grey, he has everything I love in a character. As the inheritor of the spirit known as The Juggler, Asher has a really unique power, he can switch the positions of two objects that are a similar size. He has strengths and weaknesses that humanise him even though he tries to present himself as perfect. Asher doesn’t have the same level of magical abilities as the rest of the group so he gets ahead with lots of practice, determination and by thinking things through, he’s the sort of person that respects someone for what they do with what they have rather than the natural talents they’re born with. He’s also quick-witted and snarky, so is super fun to write! (And you should read his backstory <3)

I write at my desk in our office, it’s L-shaped with my husband’s PC on the other edge. My half is usually covered in bits of paper scribbled with character lists, so I don’t forget who’s where, or the next few plot points to remember to put into my current chapter. I have a fluffy grey blanket to snuggle in and my cat, Kai, is generally hanging around and getting involved.

It’s not so much of a schedule, more like a goal. I have targets that I set for each week and for finishing my books, the reality is that if I’m not doing something essential, like working, I’m either writing or promoting my already released book. Usually sleeping doesn’t even come under the ‘essential’ category, I tell people it’s a waste of time just lying there doing nothing. And I don’t have to wait to find something to write, I have so many ideas for novels, the problem is finding time to get them all done!

The biggest challenge is probably the amount of challenges and having the patience and determination to see the way through them all. As a self-published author, there is so much to organise and learn, it seems never-ending sometimes. I thought finding the time and drive to get a 125K word count novel finished was hard but that’s just the start! Then after getting through editing, formatting, cover design, uploading, pre-orders and lots of other stuff- well, then you have to figure out how to get people to find it!

This feels like a ‘butterfly effect’ question. I thought, ‘maybe if I tried harder at school?’ But then would I have ended up with a job I love, so not be as determined to make a living as an author? Or if there was something I did different in my writing, maybe I wouldn’t have learned from it and then I’d just make the mistake in my next book instead? I’m all for learning by doing, as long as everything I write is better than the last, I’m okay with having things that I look back on and think ‘I wish I’d done it differently.’

Yes! I’m so excited that I’m three-quarters of the way through the next book in The Constellation Saga. It’s been an amazing experience, I feel like Heirs of Power was a great introduction to the Lucidian’s world, but The Mage-Lord’s Legacy is kicking everything up a gear. You see more depth in the characters as we get to know them and their personal stories better, there’s some big reveals (really big!) and you’re all going to love and/or hate me after some of the emotional bits ;)

I love dragons so much! They are powerful and majestic and beautiful. I know not everyone was a fan of The Hobbit films but seeing Smaug so incredibly well designed- I mean you could almost feel the strength in his wings and the blasts of fire had actual kickback to them- it one of my favourite cinema experiences ever.

My parents are fantasy fans too, so I was definitely influenced by them in my childhood. My dad introduced me to reading and gaming from a very young age, I was devouring Brian Jacques Redwall series when my classmates were reading books not even as thick as my finger. We would play things like Final Fantasy on the Playstation or Dungeons and Dragons board games, and they had the beautiful jigsaws of fairies- completed and then framed on the wall. I’ve been blessed by how immersed I was in my genre, and in reading in general, for my whole life.

I don’t have a single favourite author, but I would absolutely have loved to talk to Terry Pratchett. I wish I could have asked him about where he got the original idea to expand his Discworld series across so many stories, with such a huge amount of characters and themes and fantasy races. And how he ties it together to feel like one world and story web rather than a bunch of standalone linear plots, yet have each book be complete and perfectly understandable if it was the first one a new reader picked up. Man, that guy was a bloody genius.

Most of my free time turns into writing time! But if I’m not doing that, I’m most likely gaming. At the minute, I’m still playing Pokémon Moon, I pre-ordered it, but because I’m always so busy I haven’t completed it yet, I’m absolutely loving it though… I feel like I need to confess this- this morning I made myself maple syrup pancakes while listening to the Team Skull theme, it was amazing.


There are so many good bits! Yeah, I moaned about the number of things that need doing, but I do them because it’s all so worth it. Yes, having my own book in my hands for the first time was so incredible I could cry now just thinking about it. Yes, every time I get a good review it feels like the first time someone said something positive about my writing and it makes me giddy and want to get back to my keyboard. But the best feeling, that’s someone fangirling over your character haha! That means you got into their heart ;) 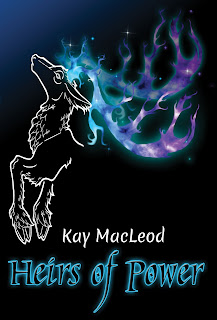 You can find her on the at the sites below!