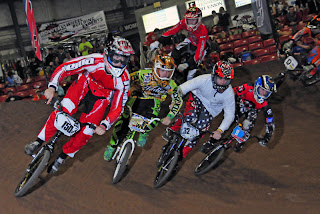 What are your plans for the weekend? If you're feeling a little adventurous and want to spend a great day with family and friends, pack your bikes and head to a BMX track near you! USA BMX has joined forces with the United States Olympic Committee to offer free racing at participating BMX tracks around the United States in celebration of Olympic Day. Olympic Day is a worldwide commemoration of Baron Pierre de Coubertin’s June 23, 1894, convening of the first International Olympic Committee (IOC) meeting at the Sorbonne in Paris, and the founding of the Modern Olympic Games. National Olympic Committees (NOCs) throughout the world will also participate in the international celebration, with each Olympic Committee sending Olympic Day greetings to participating nations. The goal of Olympic Day is to promote the Olympic values and participation in sport across the globe regardless of age, gender or athletic ability. 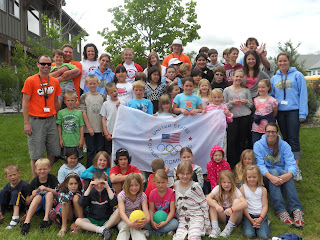 If you live near a track, you should definitely make a day of it! Register for your Olympic Day Free Race Day Event here! I just found out that they have a track less than thirty minutes from my house! If my husband is off Saturday, we are going to check it out! I don't know much about BMX racing, but it sounds like a lot of fun! Logan loves racing and he's going to be so excited to visit the track! From the moment that the starting gate slams down and you and up to seven other racers blast at a full sprint toward the first obstacle, BMX racing will give you that rush of adrenaline you've been looking for. Big jumps can mean big air. Steep backsides, deep turns, and downhill sections can add up to massive speeds. That sounds like every kid's (big or small!) dream! To realize the total thrill that BMX gives a rider, you really need to experience it. That's easy! With over 370 BMX tracks located all around the country, there is surely a USA BMX facility near you. We have one nearby and I never realized it! Once you try BMX racing, they practically guarantee you'll be hooked for life. Living in a house with three guys, it's a sport that I could see myself getting more involved with. I'd make a great cheerleader for my guys! 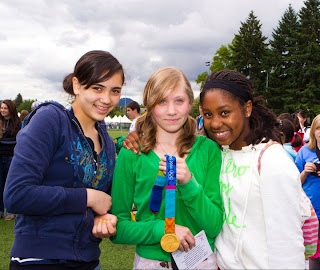 Disclosure: I was compensated to provide this information to my readers.
Posted by Unknown at 6:51 PM