If You Were Me And Lived In...

Disclosure: I received the books at no cost. 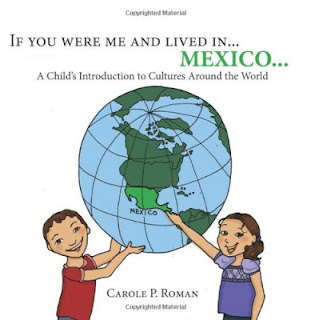 Carole P. Roman has created a new series that reaches out to children and introduces them to new cultures. Her first book in the series, "If You Were Me And Lived In...Mexico" takes us to Mexico. Children can learn the location, capital, and common names of children. Children will learn about money, names for common places, food and sports. I was intrigued when I first learned of this series. I haven't found another series like it. "If You Were Me And Lived In..." reaches out on a child's level and introduces them to the things that would interest children. My kids were never bored. My five year old listened to every word and my ten year old has read it a few times. It is a "cool" read for both boys and girls! The bright, colorful images go perfectly with the story so my youngest can enjoy the pictures when I can't take the time to read it to him. 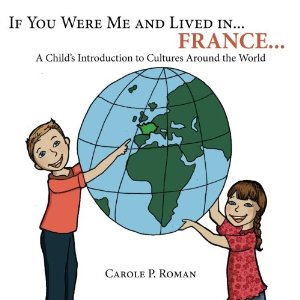 "If You Were Me And Lived In...France" is her second book in the series. It contains as much valuable information as the first, educating children on the capital, the "City of Lights" and common names and words. Carole talks about football and a tea party with a (doll) poupee. The books in the series are easy to understand and appeal to children of varying ages. My youngest enjoys the pictures and having it read to him. My oldest loved the content, which is truly educational. We've never visited these countries, so it was a treat to visit them through these books. They have opened my children's eyes to other cultures and pointed out that even though there are differences, we are all very much alike! Thanks Carole P. Roman for the wonderful series! We are looking forward to the next stop around the world!