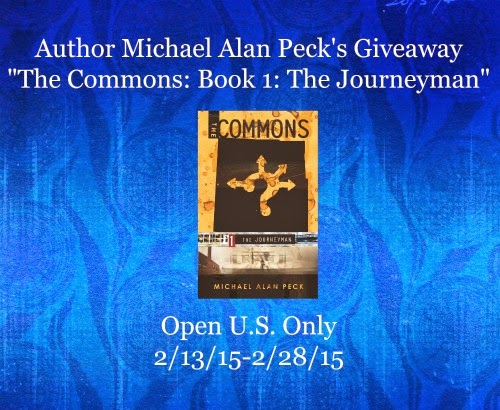 Michael Alan Peck is one of our newest authors. Drop by his blog or Facebook page and say hello.

Author Michael Alan Peck says he has  made a living writing about TV, its celebrities, and its past.  In addition he has reviewed restaurants, wrote about travel, and has done SEO and content strategy.
He tends to like things that are funny. Have you played his Little Drummer Boy game he hosts every year?  "Funny goes a long way with me, probably further than it should."


And so begins the battle for the afterlife, known as The Commons. It's been taken over by a corporate raider who uses the energy of its souls to maintain his brutal control. The result is an imaginary landscape of a broken America—stuck in time and overrun by the heroes, monsters, dreams, and nightmares of the imprisoned dead.


Three people board a bus to nowhere: a New York street kid, an Iraq War veteran, and her five-year-old special-needs son. After a horrific accident, they are the last, best hope for The Commons to free itself. Along for the ride are a shotgun-toting goth girl, a six-foot-six mummy, a mute Shaolin monk with anger-management issues, and the only guide left to lead them.


Three Journeys: separate but joined. One mission: to save forever.

But first they have to save themselves. " 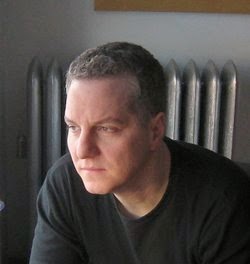 Michael Alan Peck grew up outside Philadelphia and has lived in New York, L.A., and San Francisco and currently home based in Chicago.

Michael Alan Peck is generously offering one reader the chance to win his book. Enter in the Rafflecopter below. Good luck!


This giveaway has been arranged by Away We Go Media on behalf of Michael Alan Peck who is responsible for this giveaway.
This giveaway is open to US only ages 18+. The giveaway will run from 2/13/15 at 12 Midnight MST through 2/28/15 at Midnight MST. There will be one winner and will be chosen at random by Rafflecopter.com. This giveaway is in no way endorsed by Facebook, Twitter, or any other social media outlet.

NOTE: The first entry on the Rafflecopter is mandatory. You must enter your full name, address, and email in order to be eligible for this giveaway. However, this sole entry does not constitute a win for you as you must enter at least one other entry. If you do not follow this rule you will be automatically disqualified. All entries will be verified. Your information will not be sold to any third party and only viewed and used by Away We Go Media for the purpose of the winners chosen.

Thank you for entering!
a Rafflecopter giveaway
Posted by Michelle aka Naila Moon at 1:00 AM