After All These Years, I Finally Sit Down To An Interview With Carole P. Roman!

Most of you know that Carole P. Roman has been a long time client of Away We Go Media. Lots of people have interviewed her, but I thought I would sit down and ask the questions that most people don't. Enjoy! 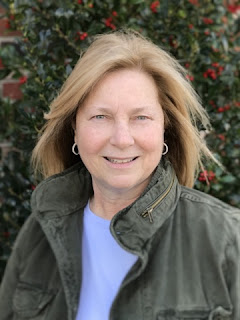 1. What was it like to win your first award? The first time you became a best-seller? I didn't even know I was received the Kirkus Star of Excellence until my publishing contact at Createspace wrote me. I was over the moon. That was for the very first Captain No Beard book. It was later named to Kirkus Best of 2012. I would pull it up and stare at it in disbelief I was afraid it would disappear.

I never checked my rank. I had to learn to look for these things. One time I pulled up I Want to Do Yoga Too and saw a Best Seller Badge. I didn't realize they existed. That little book stayed in the best seller range for over two years.

2. What are your grandchildren's favorite books that you've written? Alexander wears his Captain No Beard tee shirt to bed, so it's safe to say that is his favorite series of mine. Zachary loved Rocket-Bye, and Cayla and Hallie want to hear Can a Prince Be a Firefighter?

3. How do you juggle a full-time business with writing and do you have advice for other authors juggling writing with a career? Because I've had this business my whole life, and raised a family, I learned early on to let unimportant things go. My day job is a business that runs 24 hours a day, seven days a week, so issues come up at all times. I let white laundry go by the wayside, dinners are simple and I am always prepared. Amazon is my best friend for supplies and gifts. I get up early, but I try to sleep when I am tired. The best advice is family first, everything else will wait.

4. Who or what inspires you? Everything. Something someone says, a sunrise, an event on television, even my dreams, when I can remember them.

5. You are active on Goodreads. What is the best part of being involved in the Goodreads community? The worst? The best part is meeting all these terrific writers. They are a wealth of knowledge. I have learned so much from them and their graciousness is delightful and inspiring. I dislike some of the pompousness and mean spirited comments on some other threads. I was dismayed by their lack of open-mindedness. The minute we disagreed, they deleted my comments or attacked me. I don't like bullies or people who abuse their power. Power is a responsibility and it should be used wisely, not indiscriminately.

6. What has been the most effective in terms of marketing? Any sites that we should all be using to make our books rise to the top? The most effective contact I made was with Away We Go Media. I knew nothing about Facebook, Twitter, all the social media sites and was amazed how Julie Gerber set up those seemingly simple tools and propelled our books into the forefront. The other effective tool was building my mailing list (which was the way I met Julie and her company). This group of people have a wide range and spread the word of our books through blog posts and reviews.

7. How do you feel about getting negative reviews? Do you think they are helpful? What can authors learn from all of their reviews? The first were shocking. I was stunned by some of the negative comments. I wont leave a negative review and in some cases they are hurtful, but I have learned from all of them. I learned you cant please everybody. I also learned the truth can hurt, when I realized they were actually right. I have used many of the negative comments to improve each of my series. If a writer sees a common thread in their reviews, they should think about what is being said for their next project. They don't have to listen, but consider what readers are saying. If they are saying your editing or formatting is terrible, then I think it would be good advice to listen to. If many people hate the content, a writer should reconsider marketing to another  audience. Use the comments constructively.

8. If you could spend the afternoon with any author, who would it be and what kind of questions would you ask? I loved Shogun and would love to spend the day with James Clavell. I would want to know how he was able to put so many elements into a book- adventure, romance, history, to name a few.I would want to know how he kept all the information and how he managed to make you care about the unsympathetic characters. It was brilliant writing.

9. Where do you see yourself in five years? I hope my books will be with Scholastic, so kids themselves can pick them. I hope homeschoolers everywhere are choosing them to enhance their lessons.

10. Do you have a favorite library? Why is it your favorite? My own library right off my den. When we built the house, I added that room. It has floor to ceiling bookshelves filled with my favorite books. I have a reference section, a history section divided into time times of the entire world, a popular fiction and a romance section. Everything is alphabetized and easy to find any kind of book. My kids have never used a public library. Two desks to work from, many cosy chairs and a fireplace. Yes, it's my favorite room in the world.

11. Describe your writing space. I write everywhere, my bed, my office, my library, the kitchen table. I write when I get the idea and where I can least disturb anyone else. When I write, I am in my own world and their can be a party going on- it won't bother me. I am a multi-tasking queen.

12. What is something you don't have but have always wanted? I have always gotten what I wanted my entire life. I focus on it, and go for it. I am very focused.

13. Have you always wanted to write books? Did you write when you were younger? Have you always been an avid reader? I have read since the second grade and discovered Nancy Drew. Both my mom and her mother were avid readers, so there were always books around coupled with interesting discussions. I wanted to be a part of those discussions. I wanted to be a writer, and a fortune teller told me I would be one day. I wrote a romance thirty-five years ago, and one of the best years of my life was trying to get it published. The indie opportunities have changed everything. It made publishing possible. Learning how to market and associating with the right people made it successful.

14. How have you grown as a writer since you began this journey? How has it impacted your life? I watched what was more successful and tried to move in that direction. While I love fiction, my non-fiction series is the bigger seller, so those are the books I concentrate on. I think I've grown in so many way, from writer, to marketer, and publicist as well. I learned to add another hatrack to the one I had and can't wait to see where it takes me next. 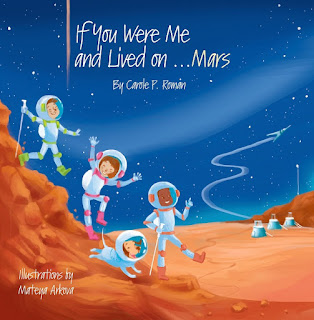 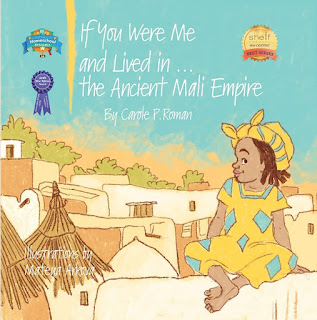 Named to Kirkus Reviews' Best of 2012 for her first book, award winning author Carole P. Roman started writing as a dare from one of her sons. Using an imaginary game she played with her grandson as a base, Captain No Beard was born."Captain No Beard- An Imaginary Tale of a Pirate's Life" has not only been named to Kirkus Best of 2012, it received the Star of Exceptional Merit, and won the Pinnacle Award for 2012. "Pepper Parrot's Problem with Patience" Book 2 in the series, received 5 Stars from The ForeWord Review The Clarion Review. Strangers on the High Seas has won second place in the Rebecca's Reads Choice Awards 2013. It has followed with six more books to the series. This year, Captain No Beard and the Aurora Borealis was named to Kirkus Best 2015. The entire cultural non-fiction series If You Were Me and Lived in... was named Best Series by Shelf Unbound. She has begun work on two new series that will be released in early 2016.Motivated by her love of yoga, Roman has written a book that not only teaches four poses, but shows how easy and accessible yoga can be. Her new non fiction series, "If You Were Me and Lived in..." combines her teaching past with her love of exploration and interest in the world around us. The debut book in the series, "If You Were Me and Lived in...Mexico" has won the Pinnacle Award for Best in Children's Non Fiction 2012. France, South Korea, and Norway. Rebecca's Reads has given If You Were Me and Lived in...Norway an honorable mention in the 2013 Choice Awards. If You Were Me and lived in ...France won second place. ForeWord Review has nominated If You Were Me and Lived in...France for best in children's non fiction literature 2013. They will be followed with Kenya, Turkey, India, and Australia. She plans to do Portugal, Greece, and Argentina next year.Writing for children has opened up a whole second act for her. While she is still working in her family business, this has enabled her to share her sense of humor as well as love for history and culture with the audience she adores. Roman lives on Long Island with her husband and near her children.
Posted by Unknown at 6:00 AM